During my last trip to Paris, I got into a slight altercation with their public transport. Long story short, I beat the Paris Public Metro System.

The story of of how I ‘bravely’ avoided an unwarranted €240 fine (by being a brash, obnoxious tourist) lives in infamy and is begrudgingly told every time I have too many drinks (begrudgingly for everyone else, that is.)

Essentially, during a late return from Disneyland Paris, I misplaced my metro ticket and after being unable to present the ticket to an inspector, was yelled at by staff and urged to give up my passport and pay an obscene fine, even after I had found and presented my valid stub as evidence. A lot of haggling, arguing, and yelling on my behalf eventually let me go, and soon my wrath was unleashed onto my keyboard and formed what went on to be my second ever blog post!

When we decided to visit Paris again, I was not at all looking forward to using the metro system. Paris is my favourite city in the world, so to me, the metro is a little bit like your partners shitty, annoying dog. You know it won’t hurt you, but you still have to put up with it, and you’ll never forget the time it pissed on your leg the last time you slept over.

In spite of this, I will admit that Paris does have a very effective public transport network; there are trains, busses, trams, and the metro is actually quite straightforward, albeit slightly frustrating for tourists.

Imagine my surprise when we arrive only to find out that Paris is having the longest transport strike in their history. The entire metro and train networks were halted, as well as most buses and trams; even certain flights were cancelled.

Yes, I beat the Paris Metro system so badly in 2017 that they decided not to play the game at all upon my return! A bold move on Paris’ behalf, and quite a dick one, might I add.

Quite frankly, the Paris Metro being down is a real kick in the balls, pardon my French.

We didn’t have much of a warning in regards to the strikes. When you travel for any extended period of time, you tend to miss a lot of news; which of your friends have gotten engaged this week, which Kardashian just had another baby, which country was Trump going to go to war with… all the news becomes a blur. We certainly weren’t paying attention to which countries were protesting their governments stupid decisions, because it seems like most of them are. These are dark times, my friends, and we were VERY much left in the dark on this particular news piece.

Aside from an offhand comment from my aunt and uncle when we visited them in London, we didn’t find out about the strike from our AirBNB host until the day before we arrived. Thankfully, we cancelled our original AirBNB (which was a 45 minute train ride away in Bezons) because I didn’t want to pay too much in transport fees. I opted for a more centrally located listing that was only put up that very day, but sacrificed comfort for location.

To say our AirBNB was quaint would be an understatement. The place was tiny; and cluttered. The size of the bathroom was equal to that of a train toilet, plus it included a shower that had a flimsy nylon curtain that clung to your leg every time you had a wash. In this case, the luxury of comfort was literally something we couldn’t afford.

You see, despite the strikes, people still had to work. People living outside of the city but working in Paris without cars would have no way of getting to their jobs, so locals had taken to snatching up all of the centrally located AirBNB’s and hotels. The fact we managed to get anything central was nothing short of a miracle.

Our new place was located in Belleville, the understated but relatively quirky birthplace of French superstar Edith Piaf. The neighbourhood is critiqued online for not being ‘Parisian enough’ but is a hotbed for artistry and youth. We believe our AirBNB host may have been an artist herself judging by the easel and strange avant-garde artwork decorating the tiny apartment.

Despite being much more central than our original accomodation, we quickly learnt that it was not central enough. A seven minute subway ride equates to nearly an hour of walking. The nearest tourist spot, the Sacré–Cœur, was a 50 minute walk away, so we were regularly clocking 15km a day, one time hitting nearly 25km. We walked nearly 100 kilometres during our five day stay. Nice going, Paris.

Sadly for us, it meant we were wearing ourselves thin much quicker than we usually would. We would leave the house later, and wouldn’t be excited to sightsee when we eventually did because we knew we would walk for an hour before getting anywhere. Our second day in Paris, we barely even left the house, and on the last day we ended up just leaving our accomodation early and heading to the airport knowing there was no point sightseeing only to walk one hour back to our apartment to collect our luggage.

Our New Years Eve in Paris ended at 9pm because it took us nearly two hours to walk back from The Arc De Triomphe (aka New Years Eve Party Central) and didn’t want to get our arses in bed at 2am.

So our week in Paris, sadly, wasn’t as magical as I’d hoped it to be. Even when we did get into the city, we were surrounded by swarms of people, also stuck in Paris. Museums and local sights were at max capacity. The Louvre had a two hour queue, the line for the Sacré–Cœur stretched and overflowed into the adjacent blocks; don’t even get me started on the Eiffel Tower. 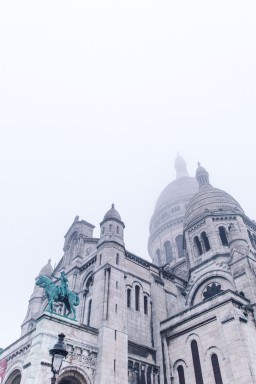 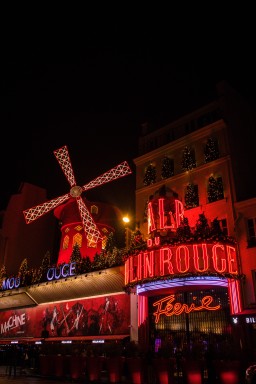 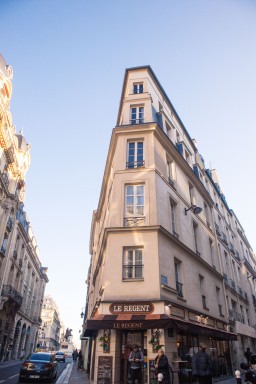 Thankfully, Paris is a wonderfully compact city, one that truly is beautiful enough that strolling through its majestic cobbled streets is an event in itself. We were able to wander along the Seine without worrying about making it to our museum reservation or miss our train, we could eat baguettes and croissants from local patisseries far from the recommended TripAdvisor spots, infested with foreign tourists… but mostly because we got too hungry on the walk to the popular places. 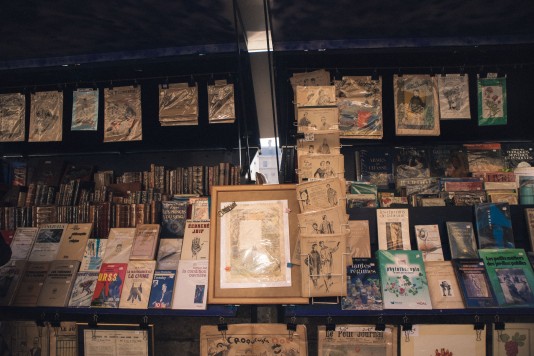 We still got to see my personal favourite Parisian spots, The Bouquinistes

On this trip to Paris, I was able to gain a whole new perspective! We explored new places, met new people, tried more authentic food; we experienced life in Paris from a more Parisian point of view. We took life at a slower pace, and walked until our feet bled. So yes, we didn’t visit The Louvre, or climb the Eiffel Tower, or walk inside Notre Dame (although, to be fair, that’s hardly Paris’ fault). We didn’t even get to visit Disneyland Paris… but we did eat a shit ton of croissants, and went to the cinema four times. So thanks, Paris.